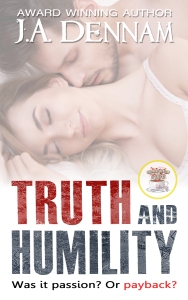 Danny Bennett knows that most of what keeps her family feuding with the Cahill clan is baseless accusations from both parties, but that doesn’t keep her from taking sides.  After all, when her fun-loving brother, Derek – the person she idolizes the most – has been accused of murder, her loyalties lay solidly with him.  But her loyalty to her chosen future is what she puts first when she applies for a dangerous job in order to pay for her college education.  Accustomed to living on the edge, Danny welcomes a good challenge…until she realizes she has unwittingly landed herself in the bowels of the enemy camp and fallen prey to her brother’s irresistibly sexy accuser.

Driven by hatred, Austin Cahill knows exactly what to do with the Bennett girl who saunters onto his jobsite under false pretenses: use her as a weapon against her brother, the man he holds responsible for his fiancé’s fatal drowning.  Derek Bennett must pay for his crimes, but Austin must coax a confession out of him first.  His plan to “own” Derek’s beloved baby sister should break the man, but he soon discovers a much bigger obstacle…his burgeoning desire for Danny.  When Derek comes for her, will Austin be prepared to let her go in exchange for the truth?  Will his quest for vengeance destroy the woman he’s grown to care for?  Or will it be the truth that brings them all down? 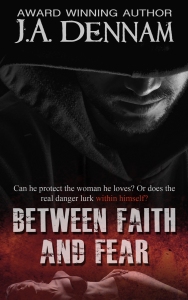 BETWEEN FAITH AND FEAR

Melanie Parker’s life takes a gut-wrenching turn when she wakes up in a crumbling, unfamiliar environment. Even worse, her small child is in the arms of a certifiable killer, but Rena Hellberg isn’t the only immediate threat. Melanie’s abductor lurks in the shadows, a quiet, hooded stranger who’s calling the shots. When she refuses to play the meek hostage, he reveals his darkest secrets in order to gain her cooperation.

Though he can barely trust himself, he can’t deny his feelings for a woman he should have left alone. It wasn’t his intention to bring her into a world he’s trying to break free of, but he refuses to let it destroy her. The formidable group of enforcers who took him and made him one of their own won’t tolerate rebellion of any kind. But they’ve never dealt with such a stubborn recruit…or one with so much to live for. 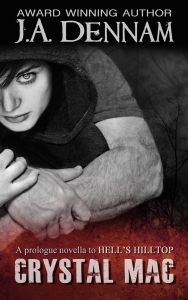 Abducted by men in black hoods, college nerd, Elsa Hellberg, was forced into a life of addiction and subterfuge. Today, she is a trained killer known as Crystal, and wears a black hood of her own; however, she once again finds herself a captive, forced to turn against the organization that made her. Torn between her need for power and a desire to reclaim the life she once had, Crystal’s ultimate decision revolves around the enigmatic pull of one man.

Mac doesn’t take the safety of his loved ones lightly. He considers Crystal a threat, and vows to keep her in line while she completes the mission she’s been assigned. Exposed to her world of blood, lust and lethal drugs, Mac soon finds himself battling his own addiction…to Crystal. When things turn deadly, can he pull her out in time to explore the true beauty beneath the hood? Or does fate have a different plan for the woman who’d sacrifice everything to save him? 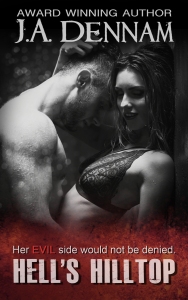 The fiery Captive Series conclusion that has fans diving for cover:

Burning out of control, Rena Hellberg has rightfully earned her reputation as a maniacal loose cannon. Her checkered past is riddled with holes, and as she faces life in a maximum-security psychiatric ward, fate grants her a second chance. Now she’s free, an escaped convict who is searching for the answers that could either prove her innocence or her guilt. When her murderous journey lands her in bed with the man she’s labeled a traitor, Rena faces her biggest fear of all: losing her heart to the enemy.

As a fireman, Ty Ferguson lives to help those in need. Captivated by Rena’s natural elegance, contradictory attitude, and hidden vulnerability, he can’t deny his building attraction for her. But when he puts it all on the line, the beautiful fugitive proves to be even more sensuous, more unpredictable and more dangerous than originally thought. Is her illness catching up with them both? Can he save her from herself? Or is there more to a story that is bound to end with them both going down in flames? 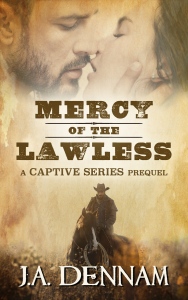 MERCY OF THE LAWLESS
A Captive Series prequel:

Headed toward a lavish future, traveling bride-to-be, Jenny Bennett, is kidnapped by ruthless outlaws and falls in love with the most compelling and dangerous one of them all—only to discover he may be her father’s killer.

Tucker Cahill is an undercover Pinkerton Agent on a mission to capture an elusive outlaw who has information about his own father’s murder. Everything changes when Jenny falls under his protection, compromising his mission, his integrity, and his heart.